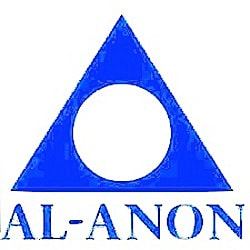 Learn more about Al-Anon's history and how the program works.

About the Al-Anon 12 Step Recovery program

Visit our Newcomers page to learn more about what Al-Anon is and how it works.
Newcomers

In 1936 Anne S, the wife of AA co-founder Dr. Bob S, began a meeting in Akron, Ohio so the alcoholics' wives and families could talk with other families who had similar struggles with alcohol.  Anne S is considered the pioneer of Al-Anon.

In the beginning, family members always waited in cars and kitchens while their struggling husbands attended the new "alcoholic group" meetings.

By 1940, Lois, wife of Bill W, the other AA co-founder, began organizing meetings in Westchester, NY. These were tentatively called "family groups".  After this, families had their own meetings.

Anne S worked with Lois in forming more family meetings back east. Both women advocated the use of a modified version of AA’s Twelve Steps to address the puzzling problems families faced in early sobriety.

Through the 1940's, alcoholic family groups and "AA Auxiliaries" increased in number across the US as more families recognized their lives had also been affected by the disease of alcoholism.
​
After the death of Anne S in 1951 Lois and Anne B, Lois' good friend and neighbor, began to explore the idea of unifying all the family groups under the umbrella of one organization for the benefit of alcoholic families & friends.

During an AA conference in 1951, Lois invited the wives of attending AA delegates to her home to discuss the value of forming a national group of families whose lives had been affected by someone else's drinking.

Both Lois and Anne B traveled the country to meet with family groups and AA Auxiliaries interested in merging. In May 1951, 48 of the groups voted to join together and "Al-Anon Family Groups" was born.